How can the European Parliament go beyond political goodwill in addressing obesity and resilient health systems in a post COVID-19 new reality?

14:20 The importance of going “beyond prevention” in policies around addressing obesity as a non-communicable disease (NCD) – Followed by a Q&A

14:50 Foresight and Resilience – Followed by a Q&A 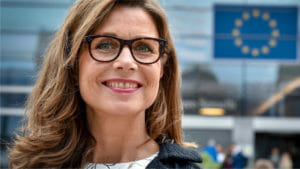 MEP Pernille Weiss, is a politician from the Conservative People’s Party of Denmark and a member of the European People’s Party, (EPP). Ms. Weiss holds a seat in the Industry, Research & Energy Committee (ITRE) and is a substitute in the Committee on the Environment, Public Health and Food Safety (ENVI) as well as in the Women’s Rights and Gender Equality Committee (FEMM).

She is also the chief executive officer (CEO) of a healthcare and architectural consultancy and serves as a board member to the business association of the European People’s Party (SME Europe) since 2019. She is an acknowledged Nordic expert in architecture and health and is passionate about the impact of the built environment on complex institutions.

Ms Weiss is a qualified nurse who later went on to specialise in forensic nursing. She holds two masters degrees; one in Health from the University of South Denmark and one in Leadership and Innovation from Copenhagen Business School. 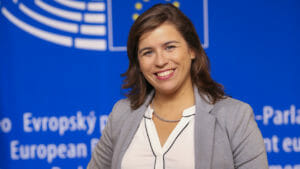 MEP Sara Cerdas is a politician from the Progressive Alliance of Socialists and Democrats (S&D), Portugal. Mrs Cerdas has been a member of the European Parliament since July 2019.

She is a member of the Parliament’s Environment, Public Health and Food Safety Committee (ENVI). She is also vice-chair of the Beating Cancer Special Committee and co-Chair of the Health Working Group.

Her aim is to bring health to all policies and contribute to healthier and safer environments where people can enjoy better lifestyles. Her priorities are health accessibility, tackling the threat posed by non-communicable diseases and antimicrobial resistance as well as improving health literacy and education. 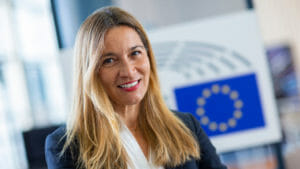 Susana Solís Perez is a Spanish politician for Ciudadanos, part of the Renew Europe group. She has been a member of Parliament since May 2019.

She is a member of the Committee on Regional Development (REGI) and the Special Committee on Artificial Intelligence (AIDA). She also holds a seat as a substitute in the Committee on the Environment, Public Health and Food Safety (ENVI) as well as in the Women’s Rights and Gender Equality Committee (FEMM). In addition to her committee assignments, Pérez is also a member in the MEPs Against Cancer group.

Ms Perez is passionate about promoting a more innovative and smarter Europe. Before being an MEP, she worked in the private sector, for companies such as Mercedes, Benz, Johnson & Johnson and Robert Bosch. 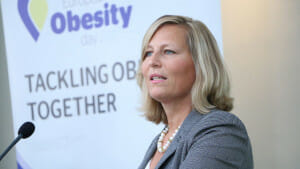 Dr Farpour-Lambert is the Chief Medical Officer and Deputy Director of the Child and Adolescent Health Service, the President of the Sports Advisory Council of the State of Geneva (Switzerland) as well as the President of the European Association for the Study of Obesity. She is a pediatrician with more than 20 years’ experience in childhood obesity, exercise medicine, nutrition, public health and global health policy.

Dr Farpour-Lambert has been promoting supportive environments for health and well-being, including physical education and sports for all, healthy food choices, standards for school lunches, reformulation of processed food, discouraging soda consumption, regulation of labeling and marketing, and built environment. 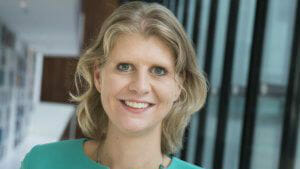 Prof Van Rossum is an internist-endocrinologist at the Erasmus University Medical Center, Rotterdam. She is the co-founder of Obesity Center CGG, and has an internationally leading position in the field of obesity and biological stress research.

Prof Van Rossum is a frequently invited speaker to international conferences, including a TEDx talk ‘solutions for the obesity epidemic’ in 2017. She received over 20 international awards for her scientific research. 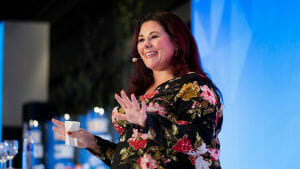 She is passionate about advocating for change in the stigma, bias and discrimination perpetrated against people living with obesity. She works on various projects across Europe to ensure better access to quality treatment, management and education, but also to help drive forward prevention of obesity across Europe. 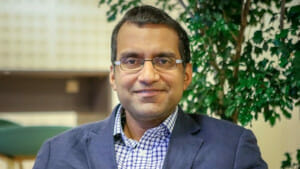 Prior to this position he worked as a technical officer on Noncommunicable Diseases (NCD) Risk Factors, since 2017 in the same office. Before joining WHO, he was the co-director of the WHO Collaborating Centre on Population Approaches to NCD Prevention at the University of Oxford, United Kingdom.

He co-edited the text book “An Introduction to Population-level Prevention of Non-Communicable Diseases” published by the Oxford University Press. He has a special interest in multisectoral responses to health promotion, quantifying the outcome of health policies and implementation research. Kremlin graduated as a medical doctor with MBBS from the University of Colombo. He holds an MSc in Global Health Science and a PhD in Public Health from the University of Oxford. 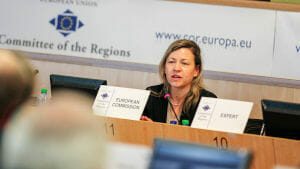 Raluca Painter is the Head of unit of the Labour market, Education, Health and Social services unit of the Directorate-General for Structural Reform Support (DG REFORM) of the European Commission. Lawyer by training and former member of the Paris bar, Raluca Painter joined the Commission in February 2008.

Painter worked 13 years in banking and financial services policy in the Directorate-General for Financial Stability, Financial Services and Capital Markets Union (DG FISMA) of the European Commission. She worked on the Banking Union, a key policy which contributed to restoring financial stability after the financial crisis. She was co-team leader for Capital Markets Union, the Juncker Commission’s initiative to boost growth and jobs in the EU by improving access to finance for companies and increasing investment opportunities for investors.

Kirsi Pietiläinen qualified as MSc in Nutrition in 1994, MD in 2001, PhD in 2005 and specialist in internal medicine in 2012 at the University of Helsinki. In 2017, she was tenured as a professor in Clinical Metabolism.

KP is the leader of two interrelated centers, the Obesity Research Unit at the University of Helsinki and the Obesity Clinic at Helsinki University Hospital for the clinical management of morbid obesity, now accredited by the Centres of Obesity Management in Europe. KP’s research has focused on the metabolic effects of obesity and different weight loss methods, with a particular interest in adipose tissue and muscle mitochondrial function. Her other interest area is digital treatment of obesity, for which her team established a novel platform, the HealthyWeightHub.fi, currently treating around 2000 patients yearly. KP’s research record includes 170 original articles, several reviews and book chapters.

As a clinician, KP has keen interest in the management of obesity and type 2 diabetes. She chairs the working group for Finnish Obesity Treatment Guidelines, is the current president of the Finnish Association for Obesity Doctors and is the former president of the Finnish Association for the Study of Obesity. KP’s dedication to obesity research is evident through a numerous engagements in international collaborations and advisory boards. In 2005, she took the initiative of establishing the New Investigators United –network at the European Association for the Study of Obesity. 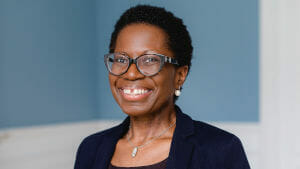 Ms Jacqueline Bowman-Busato is EU Policy Lead at EASO (European Association for the Study of Obesity) in Brussels. She has worked in the Brussels environment since 1996 towards transforming health ecosystems from policy to reality. A pioneer of multi-stakeholder coalition building for societal impact, Jacqueline has previously worked for an MEP, ran the expert secretariat of a European Parliamentarian Interest Group, headed up the Brussels office of a global NGO, transformed a patient-led platform into an equally-weighted multi-stakeholder think tank for patients, science and industry.

She strongly believes in empowering all actors to be effective and engaged in optimising health ecosystems for health outcomes relevant to all actors across sectors through evidence-based policies.

She lives with two major complex chronic diseases of autoimmune hashimotos and obesity: both of which affect physical and mental health and wellbeing. Jacqueline holds degrees in English Law, French Law, Strategic Communications and an MBA. She’s a Guyanese born dual British-Belgian national, speaks fluent French and has a very good passive understanding of Dutch. 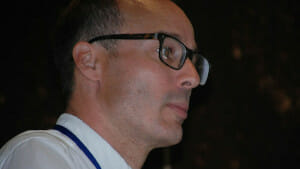 Euan Woodward has worked with EASO since 2005 and has been its Executive Director since 2007. He is responsible for the development and implementation of EASO’s strategic action plans and coordinates the activities of the Association’s General Council, Executive Committee, Task Forces and Working Groups.

He manages EASO’s annual congress (the European Congress on Obesity), its network of Collaborating Centres for Obesity Management (COMs) and its research projects. He is the Dissemination WP leader in several EU Projects. He holds a BA (hons) in European Business and a Masters in Business Tourism.